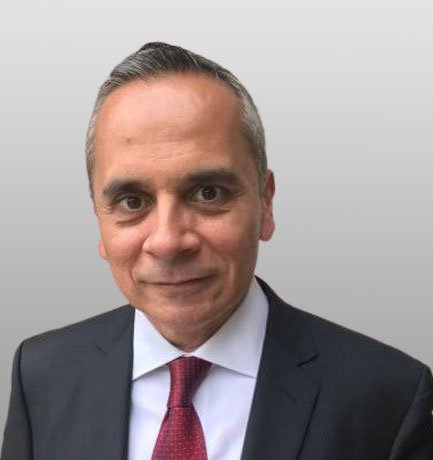 Roberto Zapata Barradas is a senior partner at Ansley International Consultants, a Mexico City-based consulting firm which focuses in designing and executing strategic solutions for governments and enterprises regarding public policies, trade and investment matters, and international negotiations. He is also a former official with over 23 years of professional trajectory in Mexico´s Federal Government.

His career has largely focused in the design, negotiation and implementation of public policies, with specialization in international trade and investment policies. His skills are extensive in analyzing and developing strategies for international negotiations; he has broad practice in consultations and coordination with productive sectors, private companies and industry associations, and government agencies to formulate country-wide positions; in high-impact decision-making for the Mexican economy; as well as in articulating and leading teams for the execution of result-oriented strategies.

His experience includes continuous participation in multiple fora, seminars, panel discussions and national and international conferences, such as in the University of Oxford, the United Nations Conference on Trade and Development (UNCTAD), ministerial gatherings and/or Leader summits of the Group of 20 (G20), the World Trade Organization (WTO), the Organization for Economic Cooperation and Development (OECD), the Asia-Pacific Economic Cooperation forum (APEC), as well as hearings before the Mexican Senate, among others.

From February 2017 to August 2019, he served as Ambassador and Permanent Representative of Mexico to the WTO, in Geneva, Switzerland. His responsibilities included positioning Mexico’s interests in areas such as international trade in goods and services, subsidies, investment facilitation, digital economy, and dispute settlement. He was also appointed by the WTO membership as Chairman of the Negotiating Group on Rules, including the negotiation of disciplines for fisheries subsidies, where he led the Group to achieving incremental progress in their work.

His previous responsibilities included having served as Mexico’s Chief Negotiator for the Trans-Pacific Partnership Agreement (TPP, 2012-2016), where he had to deal with a range of areas related to trade in goods, trade in services, investment, government procurement, labor and environmental issues, among others. He also served as Mexico’s Senior Official for APEC (2006-2012), and market access, customs, rules of origin and non-tariff measures negotiator in multiple free trade agreements and other negotiations with countries in the Americas (United States, Canada, Central America, Argentina, Brazil, Chile), Asia (China, Japan, South Korea), Middle East (Israel), Oceania (Australia, New Zealand), and Europe (the European Union).